Jim is the co-founder, co-owner, and President of Fort Boise Produce. He has spent the majority of his life in Nyssa, Oregon with his lovely wife, Peggy. Together, they have five children. Jim attended the University of Utah where he obtained degrees in accounting and economics. Before founding Fort Boise Produce in 1982, Jim enlisted in the United States Marine Corp, worked in public accounting at Touche Ross, and internal auditing at J.R. Simplot. In his spare time, Jim enjoys snow skiing and scuba diving.

Warren is the co-founder and co-owner of Fort Boise Produce. He was born and raised in Nyssa, Oregon and operates Fort Boise’s partner farm, Deseret Farms in Nyssa, where his crops include beans for seed, wheat, corn, and onions since the early 1970s. He has one daughter, Kara, and two Grandchildren who live in Boise, ID.. Warren loves the outdoors and spends his spare time traveling to new scuba diving locations, snow skiing, hunting, fishing, boating in McCall and Lake Owyhee.

Joe started at Fort Boise Produce in 2003 after working as a Manager in Telecommunications for Qwest Corporation in both Salt Lake City, UT and Phoenix, AZ. Joe was raised in Nyssa Oregon and attended the University of Utah where he graduated with his Bachelor of Science in Finance. He and his wife Tiffany now live in Nyssa, OR with their daughter, Chloe. Joe enjoys hunting, working with his hunting dogs, fishing, and mountain biking.

Ashley started at Fort Boise Produce in 2009. She was raised on a cattle ranch in Willowcreek, Oregon. Ashley graduated from Western Oregon University in 2006.

Jessi started at Fort Boise Produce in 2019. She was raised in Willowcreek, Oregon and moved back after college. Jessi graduated from Montana State University of Billings.

Norma has been a crucial part of Fort Boise Produce’s success since 1997. She grew up in Parma, Idaho but has lived with her husband Monty in Nyssa, Oregon for several years. Together, they have one daughter and son-in-law, Paige & Jason and one Grandson, Payson. Norma attended Brigham-Young University in Provo, UT for accounting and moved on to work for 1st National Bank of Oregon (7 years) and B&M Equipment (24 years) in Nyssa. She enjoys traveling near and far with her husband and family. Norma has been to Israel, Hong Kong, and parts of Europe. Additionally, she works as the Executive Secretary for the Nyssa-Nampa Beet Growers Association and travels all over the United States for their organization.

Dave has been a fundamental part of the Fort Boise Produce team since 2001. He has spent the greater part of his life in Nyssa, Oregon and has three grown children. Prior to Fort Boise Produce, Dave worked for Simplot Soilbuilders for 20 years and the Nyssa Co-Op for 14 years. Dave is very involved in the community – working as a Nyssa volunteer fire fighter as well as a dedicated member of the Eagle’s Lodge in Nyssa. In his spare time, he enjoys fishing and camping.

Alberto has been an integral part of Fort Boise Produce since 1990. Alberto makes his home in Nyssa, Oregon. Alberto has three beautiful daughters and a son who keep him very busy! He takes pleasure in hunting, fishing, and playing the guitar.

Roy has been an essential part Fort Boise Produce since 1995. He lives in Nyssa with his wonderful wife and three delightful daughters. Roy has previously worked for the Bureau of Land Management as a firefighter and in his spare time, he likes to fish, hunt and play darts. 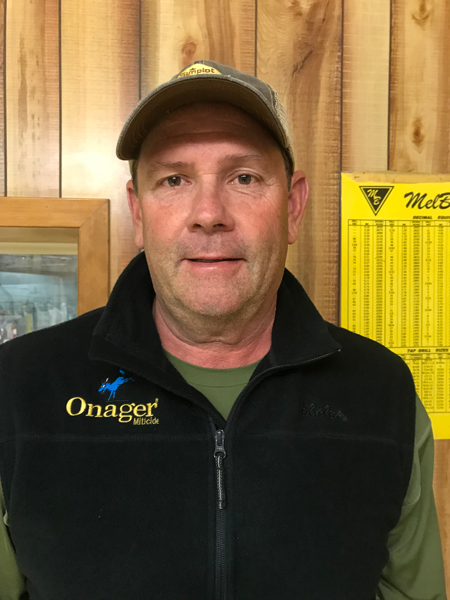 Wally started at Fort Boise Produce in 2018. He was born and raised in Wilder, Idaho. Wally worked at Simplot Growers Solutions for 36 years retiring in 2016. Wally enjoys golfing, traveling and spending time with family. Together with his wife Julie they live outside of Vale, Oregon on their 200 acre ranch.

Marvin started at Fort Boise Produce in 2015. He was born and raised in Nyssa where he grew up on a farm. Marvin ran the farm for 20 years and worked for Nyssa CO-OP in fertilizing for 17 years.